Lottery is one of the oldest games of chance. The earliest known evidence of lottery playing was discovered in China and dates to about 200 BC. Much like the lotteries of today, the proceeds of these early lotteries may have been used for public works. The Chinese lottery slips were used to fund the Great Wall of China and other projects.

Lotteries in Renaissance-era Italy contributed to their growing popularity in Europe, and eventually lotteries were sponsored by the royalty of France and England to raise funds for public projects. Popular lotteries today are governed by nations or states, and the proceeds are used to fund education, construction and other improvements to public spaces and programs.

The first computer-generated scratch card game was developed in 1974. Since then, scratch cards’ popularity has soared, nearly rivaling that of lottery games. They are popular because they are relatively inexpensive and offer excellent prizes even at the lowest bets.

Over the years, more expensive scratch card games with bigger jackpots have gained popularity. These jackpots are typically paid out in installments over time instead of instant payouts. Players also often mistakenly believe that odds of winning these more expensive games are higher than cheaper games, but this is often not the case. Always check the odds on the back of your card.

One of the simplest table games in any casino, roulette is a great start for people who are just venturing out onto the floor. The roulette wheel is an icon commonly associated with gambling and casinos.

The roulette wheel was developed in France. Its design and function derived from several other popular games. Modern roulette rules date back to 1796. 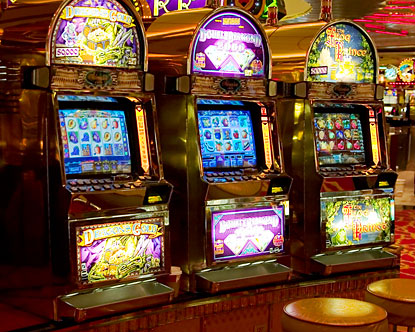 The first slot machine was invented in San Francisco, California in 1895. Its creator, Charles Fey, wanted to develop a mechanized poker machine that would dispense winnings automatically. However, poker allowed for too many possible card combinations, so Fey simplified the rules by reducing the 10 cards and four suits of poker into five symbols. Slot machines became so popular that Fey received orders for machines more quickly than he could produce them. Slot machines are now the most popular games in casinos worldwide, surpassing table games in popularity in the 1980s.